Some misconceptions are merely inconvenient. And some – like the many myths that surround the use of fire sprinklers in homes – can be deadly.  The inspectors at John Robinson’s inspection Group hope to shed some light on the subject with this article.

The federal government and more than 400 local governments – not to mention the national model building code authority, the International Code Council – have all recommended that all new homes offer this life safety system. In fact, you’d be hard pressed to find a business that is not protected by fire sprinklers. Yet misconceptions persist about the cost, convenience and effectiveness of home fire sprinklers, where 80 percent of all fire deaths occur.

“As a volunteer firefighter, I regularly see the devastation to families and their property due to home fires,” says Eric Skare of Lakeville, Minn. Skare, who works for fire-safety systems maker Uponor, is a fire safety expert. “Many of these people live right in my own community, and their losses are seared in my memory.”

Whether you’re building a new home or renovating an existing one, it’s important to know the truth behind some common fire sprinkler myths:

Reality: On average, installing a stand-alone fire sprinkler system – the kind that runs off a separate, dedicated system of water pipes – in a new construction home adds just 1 to 1.5 percent to the total building cost, according to the Home Fire Sprinkler Coalition.

That expense drops even lower when adding a multipurpose system, which combines the cold-water plumbing and the fire sprinklers into a single, efficient system. Installation costs for a multipurpose system, like those made by Uponor, averages 57 cents less per square foot than traditional stand-alone systems – a savings of $1,368 for a 2,400-square-foot home, according to the Fire Protection Research Foundation. What’s more, the foundation reports, home insurers give an average premium discount of 7 percent to homes with fire sprinkler systems.

Reality: Smoke alarms can alert you to the presence of smoke, but do nothing to put out a fire. Home fire sprinkler systems act quickly to reduce heat, flames and smoke from a fire, giving you valuable time to get out safely. “Sprinklers put out most home fires in seconds, before the fire department arrives and before there’s major damage,” says Jayson Drake of Uponor North America.

Functioning smoke alarms reduce by 50 percent the risk of someone dying in a home fire. That risk decreases by 80 percent when sprinklers are present, according to the National Fire Protection Association (NFPA).

Myth: Fire sprinklers can cause excessive water damage to your home and belongings.

Reality: Fire sprinklers actually minimize damage. Fires cause more than $8.5 billion in direct property damage every year, according to the NFPA. Fire hoses discharge up to 250 gallons of water per minute into a burning home, causing significant damage as firefighters work to control and extinguish the fire. Sprinklers, use just 15 gallons of water per minute. Fire damage is far less in homes with sprinklers; a 15-year study in Scottsdale, Ariz. put the average loss for a sprinklered home at $2,166 compared to $45,019 for a home without sprinklers.

Myth: Home fire sprinkler systems look bad and will ruin the aesthetics of a house.

Reality: New home fire sprinkler systems are very unobtrusive, and can be mounted flush with walls or ceilings, or concealed behind decorative covers.

Myth: Fire sprinklers don’t add value to a home and aren’t worth the investment.

Reality: Forty-five percent of homeowners prefer a home with fire sprinklers, and nearly three in four think sprinklers increase a home’s value, according to research by the Home Fire Sprinkler Coalition. What’s more, fire sprinklers can help lower your homeowners’ insurance rates; most insurance companies offer discounts for homes that have the systems.

Attached Garage Fire Hazards
Biological Pollutants in the Home
Can Asbestos Really Affect My Health?
Did you know the following facts about lead?
0 replies

Want to join the discussion?
Feel free to contribute! 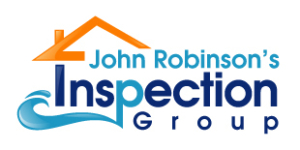